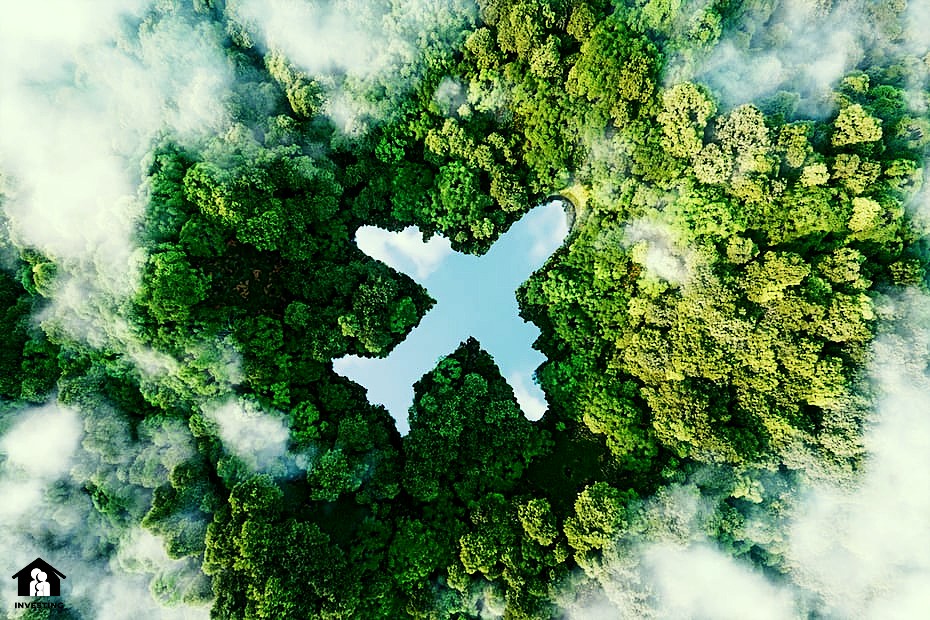 If you are concerned about climate change and wondering if you should travel to places as far away as you used to before the covid-19 pandemic, then this is the right question. You won't like the answer.

It is estimated that 11 percent of global greenhouse gas emissions come from tourism, and this figure is expected to double by 2050, a year that scientists have predicted as a turning point for all kinds of environmental disasters. By that time, our planet will have warmed up by 1.5 degrees Celsius (2.7 degrees Fahrenheit) compared to pre-industrial times. By the end of the century, this figure is likely to be 2 degrees Celsius (3.6 degrees Fahrenheit), with half a degree making a big difference. If emissions are not stopped, this warming will accelerate, which will lead to a clearly increased level of catastrophic weather conditions.

So how can tourism solve the emissions problem? By 2050, only 100% environmentally friendly aviation fuel will be required to provide air transportation. It can grow mainly by increasing the proportion of short trips over time - from 69 percent in 2019 to 81 percent by 2050 – while travelers around the world are reducing the number of long trips you take each year – at least until 2050.

As soon as everyone adheres to this unthinkable scenario, you will be able to return to unpunished flights back and forth around the world. You can do it more often if you want.

These are the unsurprising but disturbing results of the Travel Foundation report published in connection with cop 27 in collaboration with the Center of Expertise in the field of entertainment tourism and hospitality, the University of Applied Sciences of Breda, the European Institute for the Future of Tourism and the Dutch Council for Tourism and Conferences.

Long-distance flights are defined as round-trip flights of more than 9,941 miles - for example, from New York to Cairo or from London to Bangkok. The report explains that they are the hardest to decarbonize, so they should remain unchanged at 2019 levels for the next 27 years until tourism reaches net zero. And this is despite the simultaneous growth of other low-emission modes of transport, such as electric cars, high-speed trains and hydrogen buses.

"We hope to spark more dialogue and help destinations and companies realize that the usual business scenario is not all that is possible in the future," says Jeremy Sampson, CEO of the Travel Foundation. He notes that the scenario of the report has its own pain points, and not all of them are realistic.

The report focuses on moving from point A to point B and does not take into account other huge sources of emissions in the tourism industry, such as cruises or carbon emissions embodied in hotel construction.

How it was calculated

Paul Peters, professor of sustainable tourism transport at the University of Applied Sciences of Breda in the Netherlands, conducted a simulation for the report using the technology platform "global dynamic model of tourism and transport", developed by him in 2022, transmitting data that he has been collecting since 2008.

The Peters model takes into account the tourism industry as a whole, including all overnight trips, defined as at least one night away from home for the purpose of vacation, work or visiting friends and relatives. It deals with mileage up to 20 miles, housing providers and major modes of transportation, minus cruise liners, until 2100. Seven additional factors are put forward in the simulation: sustainable aviation fuel, electricity and energy efficiency, infrastructure improvements, taxes, compensation, travel behavior and travel speed.

The first three (fuel, energy efficiency, infrastructure) reduced emissions the most, but even maximizing them was not enough to achieve net zero by 2050, taking into account the confidence that tourism will grow. Peters says that even maximizing all seven factors was not enough; hence the need to limit the growth of long-haul aviation at the level of 2019.

"Technically, it can be done," says Peters. "The economy is growing. Your freedom to travel is basically the same, but the distances vary. You shouldn't fly six times a year from the USA to Europe.”

If long-haul aviation is not stopped, it is expected that by 2050 its emissions will increase fourfold and amount to 41 percent of the total emissions from tourism. Peters said in a statement that long-haul flights have not yet returned to 2019 levels.

The main conclusion of the report: it may be possible to act now, but the almost impossible extremes necessary to achieve net zero by 2050 simply confirm that the tourism industry is facing a crisis.

Every tourism sector will have to immediately throw everything it has into the fight against climate change in order to affect emissions. Travelers will need to think more seriously and pay more attention to how and where they travel. Like most industries, tourism is still in slow development as it begins to eliminate its negative impact on the planet, for whose health it is vital.

How does it affect you now

After 18 years of relative inertia since the tourism industry made its first climate promises, 300 tentative signatories, including the UN World Tourism Organization and the World Travel and Tourism Council, have committed to adopt the Glasgow Declaration on Measures to Combat Climate Change in Tourism in 2021 to halve emissions from tourism by 2030 and reduce them to almost zero by 2050. This is in line with the 2015 Paris Agreement between 196 countries on limiting global warming, to which the United States has just joined.

As this push gains momentum, travel companies and destinations are starting to change the way they operate. They intend to encourage travelers to get to know places and events in a different way.

For example, the tour operator TUI has started offering new flights on sleeper trains as an alternative to six short-haul routes in Europe. The tour operator Sunweb in the Netherlands also plans to offer overnight train trips to Belgium and the French Alps this winter and to the south of France in the summer of 2023.

On a much more micro level, ziptrick is the first adventure gear manufacturer in Queenstown, New Zealand to introduce consumer-oriented labeling to show customers what their emissions will be when choosing between competing Zeppelin tours. "This is the right thing to do, the way of tourism," says Trent Yu, CEO of ziptric Ecotours.

It's impressive. When it comes to climate change, we are all involved together. But they are insignificant in the face of systemic changes that governments and tourism boards need to step up.

The trick for a traveler would be to recognize your carbon footprint, if you don't already understand it, and be able to figure out which companies are making a real effort compared to those that are "washing" their way in making travel decisions.

Booking.com The Chos climate technology platform will soon display lists of carbon dioxide emissions in flight and hotel results, allowing travelers, for example, to filter results with low carbon dioxide emissions from the collection. "We need to go one step further and include individual travelers who book tickets to understand their carbon footprints early in the decision-making process," says Andreas Sletful, CEO of choice.

On November 8, at COP 27, the Iberostar Group published an ambitious roadmap for decarbonization, which is partly marketing and partly business.

Effective marketing for the environment

Since consumers will not decide anything on their own, governments, hotels, tour operators, cruise operators and the aviation industry need to develop additional policies to facilitate more effective decision-making.

To this end, the Netherlands is studying an environmental performance index for its visitors, says Eyot Verslot, a sustainability strategy specialist working with the tourism board. This means dividing the amount of income that the tourist brings by the amount of carbon dioxide emissions that forced the tourist to go to it. This indicator will indicate the long-term market to which the government should direct marketing dollars to help reduce the impact of emissions.

"If we realize that we can be less dependent on long-term markets, perhaps we can identify those markets that may be more valuable to us," adds Verslot, noting that this approach is part of the Dutch roadmap for climate-neutral tourism, published in September.

Peters agrees. It is desirable to find markets with shorter routes; even a 10 percent reduction in emissions is a welcome achievement for destinations, he says. Tour operators can also change the destinations they offer, especially for travelers who tend to focus on booking any kind of "sun and sea" vacation, rather than a specific place.

The choice of destination required in the Travel Foundation report raises the question of the inevitable inequality that tourism-dependent destinations and regions of the global south will face - for example, Barbados, Indonesia and Thailand, as well as the whole of Africa and South America. When rich countries are the main cause of carbon dioxide emissions, who should bear the economic losses from transferring tourist dollars to places closer to them?